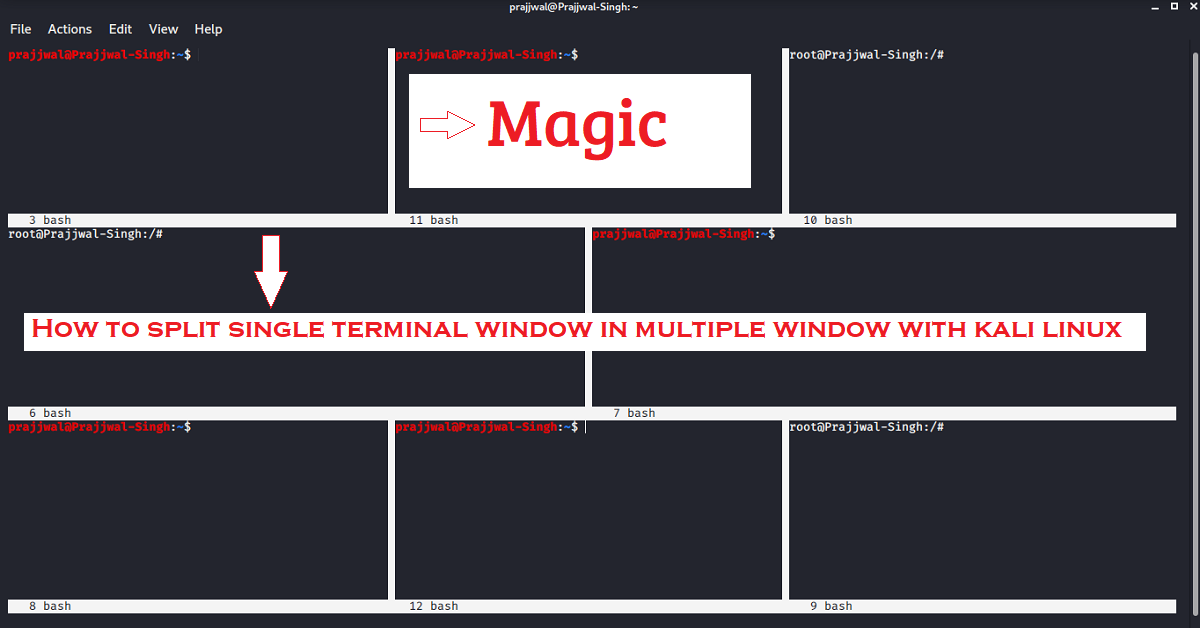 Hello Dear Visitors, this is your tech home to know a bit more about Tech. You can choose your particular tech categories according to your interest. Today, I am going to write the post about Kali Linux Terminal, and its about hidden feature. if you want to know, then you can go to read the post till the end. So now, we’ll move towards seeing the magic with the Linux terminal. This magic name is – How to Split a single Kali Linux terminal into multiple terminals?

Why we should do split the terminal into multi parts?

This is the best question to know why we have to do split it ourselves terminal window?

Okk, Let’s discuss about some major points to why we use multiple terminal in the single window-

Let’s do that and start our journey –

Ok, We are ready to know this interesting and hidden magic trick.

First of all, you have to open your kali linux terminal window. You can use the keyboard shortcut key to open your command terminal.

Type the “screen” command in your terminal window. This command helps you to do a lot of things, you can do this in terminal window like a magic. But we will discuss only one thing in this post – Split terminals.

Step 3: Type the following command to split it your terminal window

After type “screen” command, you have to press some shortcut keys to implement your goal.

As above image, So now, you have to press the “Ctrl +A” key then “Ctrl +S” key to create a horizontal terminal or section.

As above image, so now, you have to press again the “Ctrl + A” key then “tab” to jump the cursor on your next bottom terminal then press “Ctrl + A” and “Ctrl + C” key to activate your terminal.

So, as it is, you can also create your own multi terminal window and run your particular command within each window.

You can type and run your commands in a single window with each terminal window.

Ctrl + A then Tab => move your cursor on the next terminal window.

Ctrl + A then Ctrl + C => Activate your particular terminal to execute any command.

Last Words -: That’s it for now. We will meet soon with a new interesting article. I hope you like this. So, stay tuned with us as always. if you have any special query, you can send an email or you can join us on social media to ask the problems.

How to use your Android phone as Wi-Fi Repeater/Extender

How to create your first PHP Page?

How to save the phone contacts with stylish text? ||Android.