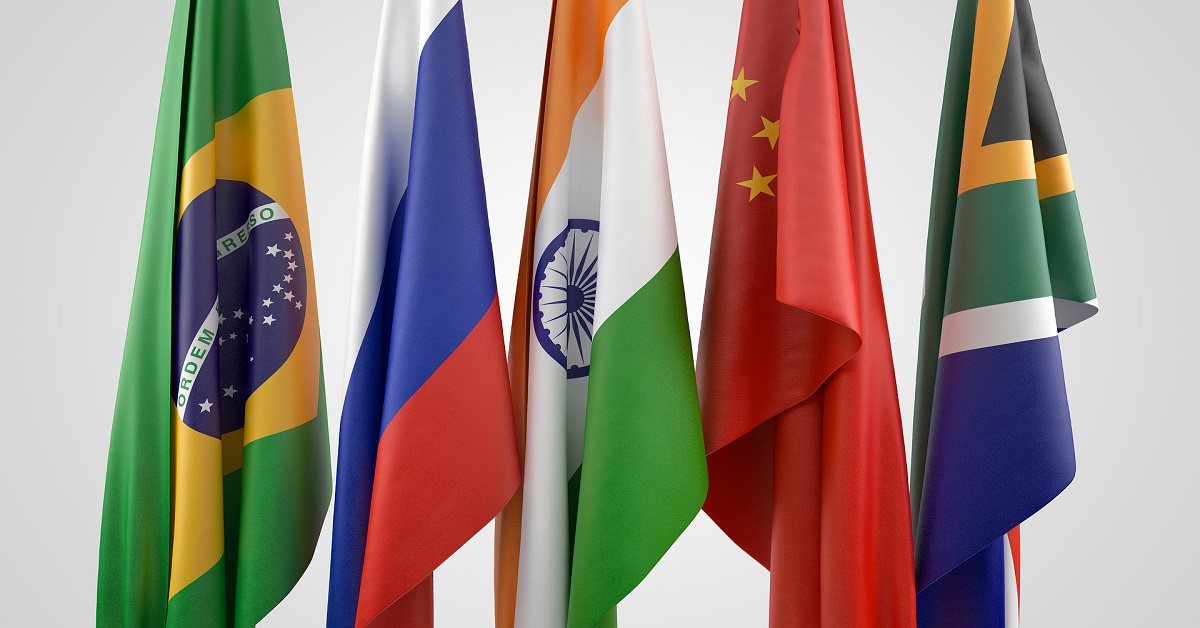 BRICS is the acronym coined for an association of five major emerging national economies: Brazil, Russia. India, China, South Africa. These five countries have their own economic system but co-operates each other. Firstly Four countries grouped together of which acronym name was BRIC (Brazil, Russia, India, China) in 2009 before assigned South Africa in this association. The BRICS members are known for their significant influence on regional affairs; all are members of G20.

The term “BRIC” is believed to be coined by then-chairman of Goldman Sachs Asset Management, Jim O’Neill in 2001. Jim O’Neil have their own publication Building Better Global Economics BRICs.But, it was actually coined by Roopa Purushothaman who was a Research Assistant in the original report. A full-scale diplomatic meeting was held in Yekaterinburg, Russia, on 16 June 2009.

South Africa officially became a member nation on 24 December 2010, after being formally invited by China to join and along with accepted by other BRICS Countries. The Group was renamed as from BRIC to BRICS. “S” for South Africa. The BRICS is an association formed by countries in three continents: Brazil in South America, Russia, India, and China in Asia and South Africa in Africa. Its member states cover an area of over 39,000,000 square kilometers, which is approximately 27% of the world’s land surface.

It is an independent international organization encouraging commercial, political and cultural cooperation between the BRICS nations. In June 2012, the BRICS nations pledged $75 billion to boost the lending power of the International Monetary Fund (IMF). In 2013, during the fifth BRICS summit in Durban, South Africa, the member countries agreed to create a global financial institution which they intended to rival the western-dominated IMF and World Bank. After the summit, the BRICS stated that they planned to finalize the arrangements for this New Development Bank by 2014. However, disputes relating to burden sharing and location slowed down the agreements.

Picture of 5 Great Leaders of BRICS

How to Make a Fake Email Address

How to use your Android phone as Wi-Fi Repeater/Extender